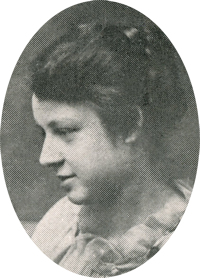 “Hope for the worst; the best never comes.”

﻿Graveside services will be at 2 p.m. Monday for Mrs. Virginia Beedy, 78, Stockton, Calif., formerly of Perry, who died Aug. 13 at her home.

Rev. A. E. Kidwell, Waynoka, will officiate at the services at Grace Hill cemetery. Burial will follow under direction of Parker Funeral home.

She married Stanley Beedy at Los Angeles. Beedy preceded his wife in death in 1972.

Mrs. Beedy was a member of the Baptist church at Stockton.

In addition to her husband, Mrs. Beedy was preceded in death by her parents.