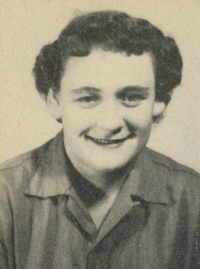 A memorial service is planned for 2 p.m., Saturday, in the chapel of Brown Funeral home. Bart Brorsen, member of the First Presbyterian church of Perry will conduct the service. A memorial has been established to benefit Judith Karman Hospice of Stillwater.

She had been an employee of Southwestern Bell Telephone Company, The Charles Machine Works, Inc., and Perry Green Valley Nursing home.

Her parents and one brother preceded her in death.