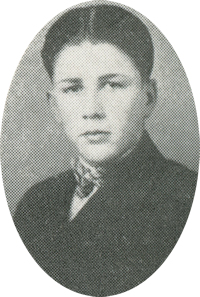 Arrangements for services were pending Friday at Brown Funeral home. Memorials may be made to the Noble County Family YMCA.

Wolleson was born Oct. 13, 1910, near Lucien, the son of Adolph and Fannie Wolleson. He was a graduate of Perry high school in 1929 and attended Oklahoma State university.

He was married in 1946, at Enid, to Dorothy Alfred who preceded him in death.

Wolleson had owned and operated the Buick garage and served in the Army in World War II. He was a member of the American Legion and Elks lodge.

He was preceded in death by his parents, wife, two sisters and one brother.