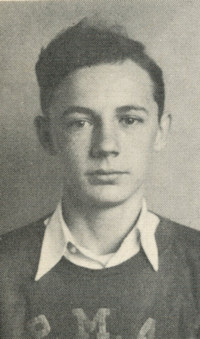 Memorial service will be Thurs. July 21 at 2 p.m. at Olinger Chapel Hill Mortuary, 6601 S. Colorado Blvd. in Littleton. Contributions may be made to Scottish Rite Foundation, 1370 Grant St., Denver 80203 or charity of choice.

He was born to Mr. and Mrs. John C. Thompson on January 5, 1928, in Hartshorne, Oklahoma. A graduate of Perry High School in the class of 1946, he lived in Perry and worked at Ditch Witch while attending Oklahoma State University.

His parents were owners of Thompson Furniture, which was on the south side of the Perry square for many years.

He is survived by his wife, Jeanne; sons, Thomas, Jerald and John; and 2 grandchildren.