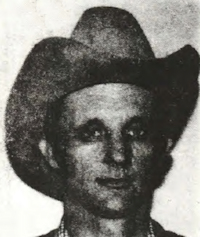 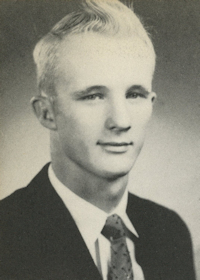 Funeral will be at 10 a.m. Wednesday for Herman Edwin Brorsen, 37, Perry area farmer-rancher, who died at 4:45 p.m. Sunday at Stillwater Municipal hospital following an illness of several months.

Rev. Hollis Morris will officiate at services at the First Baptist church of Perry. Burial will be at Grace Hill cemetery under direction of Parker Funeral home. Memorial contributions may be made to the Oklahoma Cancer society.

In addition to his farmer-rancher operations, Brorsen had worked two years at the Perry Post Office. He had been a call fireman from March 1, 1965 until Dec. 1, 1968, when he began full-time fireman duties at the Perry fire department. He resigned from that position June 1, 1972.

He was a member of the First Baptist church.

In addition to his wife, of the home address, survivors include two sons, Douglas and Dennis, and one daughter, Metha, all of the home; his mother, Mrs. Nettie Brorsen, Edmond; a brother, Bart Brorsen, Perry; and a sister, Mrs. Jim (Metha) Singleton, Sugarland, Tex.