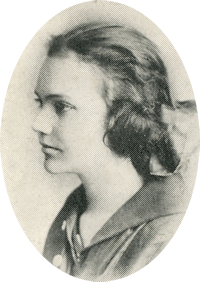 Mrs. Branham was born Jan. 7, 1904, at Guthrie, the daughter of Webster and Fannie Mae (Hunter) Smith. She moved with her family to the local area in 1908. She was a graduate of Perry high school and taught school for two years.

She and Raleigh M. Branham were married at Perry April 29, 1925. The couple lived in the rural Perry area until moving to town in 1965. Mrs. Branham was a member of the First Christian church.

Mrs. Branham was preceded in death by her parents, one sister and two grandchildren.