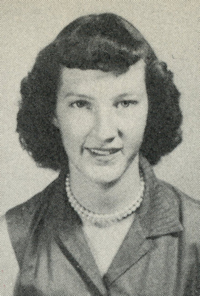 Mrs. Donna Faith Kennedy Golliver has gone home to be with the Lord. She was 84 years young.

Funeral services under the direction of Brown-Dugger Funeral Home will begin at 2:00 pm on Wednesday, July 10, 2019 at the First United Methodist Church of Perry, Oklahoma. Ministers April Coates and nephew, Kenny Jerome will officiate. Burial will follow at Grace Hill Cemetery also in Perry. Memorials may be given to the Oklahoma Medical Research Foundation.

Donna was born on April 12, 1935 to local musicians , Ivan Lynn Kennedy and Hazel Elizabeth (Eby) Kennedy in Perry. She was educated in Perry Schools from kindergarten through 12th grade. She graduated from Perry High School in 1953 and then attended college at Oklahoma A & M for 1 year.

She only loved one man and that was Kenneth Leon Golliver. The couple were joined in marriage in Perry on July 22, 1955. This month they would have been married for 64 years. She devoted her life to serving her husband, children, family and God.

Donna enjoyed sewing and even made the wedding dress for her daughter Kim. She cooked, played piano and was a member of the First United Methodist Church in Enid, Oklahoma, where she was a member of a women’s group at church.

She worked as the secretary to the Wing Commander at Vance Air Force Base. She worked for civil service for 42 years and retired in 2004. Donna loved spending time with her family and grandchildren more than anything else.

Donna was reunited in heaven with her parents, and husband Kenneth. She was preceded in death by her siblings: Warrene Harris, Carol Plessinger, June Jerome, Robert Kennedy and Margie Talbot.