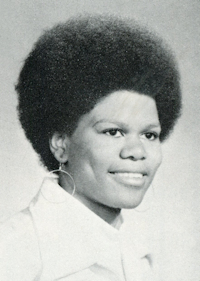 ﻿Funeral will be at 2 p.m. Monday at the First Baptist church of Perry for Marilyn M. Bourland, 32, 519 Jackson street, who died March 17, 1988, in Perry. Officiating will be Rev. R. C. Jenkins, Ardmore, former pastor of the Mt. Olive AME church of Perry, and Rev. Nancy Newton, current pastor of Mt. Olive AME. Burial will be at Grace Hill cemetery under direction of Brown Funeral home.

She and Don Bourland were married March 25, 1973, at Perry. Mrs. Bourland was an employee in the accounting department at Charles Machine Works.

She was a member of Mt. Olive AME church and was active in the Noble County Family YMCA where she taught aerobics.