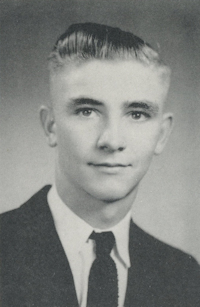 ﻿Funeral will be at 10 a.m. Monday in the chapel at Brown Funeral home for Bill Alexander, 51, southeast of Perry, who died at 7:20 a.m. Thursday at Mercy Health Center at Oklahoma City.

Albert Quick, pastor of Sumner Baptist church, will officiate. Burial will be at Grace Hill cemetery. Memorials may be made to the American Cancer Society.

Alexander was born at Perry, Oct. 13, 1940, the son of Harrison and Halsene Alexander. He was a graduate of Perry high school and attended Oklahoma State university.

He and Nancy Rucker were married at Morrison on Aug. 11, 1974. Alexander was a farmer and mechanic. He was a member of the Sumner Baptist church.