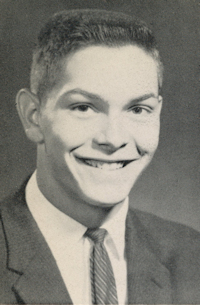 Alexander was born Nov. 12, 1942 in Enid. Most of his elementary school years were spent in Pawnee. He was a 1960 Perry High School graduate. Artie was an Eagle Scout, Governor of Boys’ State and was a champion wrestler for Perry.

He earned his bachelors degree, masters, Doctorate of Divinity, and Decorate of Education. He graduated from Oklahoma State University, Southwest Seminary and was on the staff at University of Northern Colorado where he completed his Doctorate degree. He pastored Windsor Park Baptist Church in Greeley, CO, and Fairway Baptist Church in Wichita Falls, TX.

Throughout his life Artie performed musically with his school bands and family band, playing trumpet and singing. He also held numerous revivals in churches with his father.