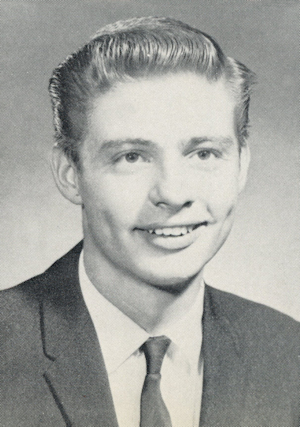 A double funeral service will be at 2 p.m. Saturday in Christ Lutheran church for Gary Dean Aigner, 19, and his sister, Mrs. Janice Beverly Aigner Huddleston, 22, who died from injuries received in a tragic motorcycle accident Tuesday 7.4 miles east of Perry on U.S. highway 64.

The services will be in charge of Rev. E. F. Lange, pastor of Christ Lutheran church, assisted by Rev. Wilkins of Edmond. Burial will be in Grace Hill cemetery under direction of the Newton funeral home.

Aigner was born in Stillwater April 20, 1943, but had spent most of his life on the family farm at the southeast edge of Perry. He was a 1961 graduate of Perry high school and a member of Christ Lutheran church.

Survivors include his parents, Mr. and Mrs. John Aigner of the home southeast of the city, and his grandfather, George Loveless of Perry.