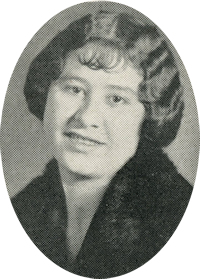 Okla Nelson, 76, Ponca City, formerly of Perry, died at 7 p.m. Sunday at St. Francis hospital at Enid. She had been a patient at St. Francis two weeks and had been in ill health one year.

Funeral will be at 2 p.m. Wednesday at Parker Funeral home. Rev. Leon Jackson will officiate. Burial will be at Grace Hill cemetery.

Mrs. Nelson had been a resident of Perry until 1951, when she moved to San Diego, Calif. She returned to Perry in 1955 and moved to Ponca City in 1957. She was a member of the Bible Holiness church at Ponca City.