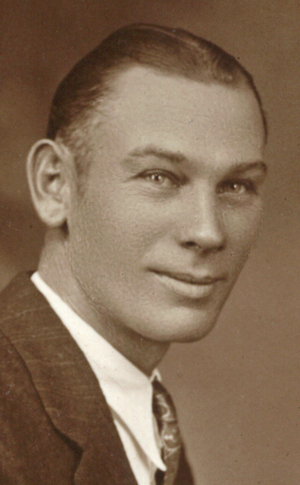 Piel was the son of Fred and Emma (Oestreich) Piel and was born Feb. 24, 1903, at Perry, then called Oklahoma Territory. As an infant, he was baptized at Christ Lutheran church. He attended Lutheran Day School and Perry Public School. As a high school sophomore, Piel dropped out to help make a living for his family.

He was employed by Burrell Engineering Company of Chicago, IL until the business folded in the 1930s following the stock market crash. He then moved back to the Perry community where he farmed and was employed by Maurice Clodfellter as a master carpenter, building homes in the area.

Piel also helped construct Perry Elementary School and the new Perry High School. Because he had no pattern, he designed forms used for the band room steps.

He and the former Anna Kukuk were married on Dec. 23, 1928, and lived eight years on an 80 acre farm where their sons, Kenneth and Allen, were born. They then moved to another farm where they resided together for more than 46 years.

Piel was instrumental in organizing the Men’s Club at Christ Lutheran Church. The club later became a state-wide organization. an active member of Christ Lutheran church, Piel worked with the youth and served as the congregation’s president for 11 years.

He was preceded in death by his parents, three brothers and two sisters.