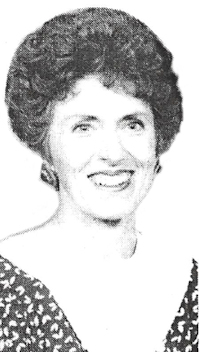 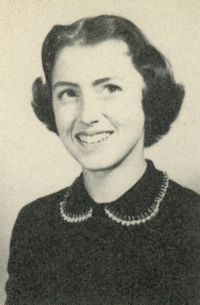 Services will be held at the First United Methodist church of Perry. Rev. Cortez Cranfill will officiate. Burial will be at the McGuire cemetery at Lucien, under the direction of Brown Funeral home.

Julia Ann Snyder was born Sept. 18, 1936, at Lucien to Clarence Earl (Bud) and Mary Louise (Gaines) Snyder. After graduation from Perry high school, she married John Daniel (Danny) Burnside on Nov. 28, 1954. They lived in the Perry and Wynona, OK areas before moving to Chama and Albuquerque, NM, in 1977. After Danny’s death on July 8, 1982, Judy returned to Perry to be near her family.

Judy married Bob Richardson on March 24, 1984. She worked at Chris’ Pharmacy in Perry until she retired due to health reasons. Mrs. Richardson was also a licensed real estate agent and a certified emergency medical technician in the state of New Mexico.

She was a member of the Perry Progress club and Xi Epsilon Rho chapter, Beta Sigma Phi sorority in Perry, and the P.E.O. club in Hominy. She enjoyed crafts sewing and gardening.

In addition to her husband, Danny, Judy was preceded in death by a sister, Shirley Snyder.