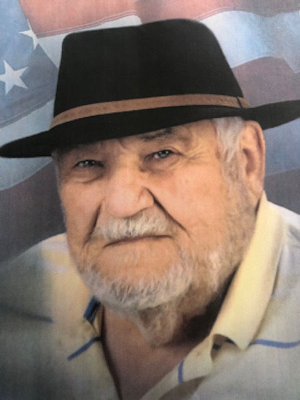 Dwain Kennedy was born in Enid, Oklahoma on May 9, 1934 to Cecil V Kennedy, an oilfield worker, and Florence Janet (McCracken) Kennedy, a registered nurse who had met Cecil in the hospital after he was seriously burned in an oilfield accident. The couple moved to Perry, buying a home on Black Bear Creek north of the city. Dwain grew up on the farm, always saying throughout his life that he was “just a poor farm boy from Perry.”

Cecil Kennedy liked to tinker, and Dwain grew up helping him take apart and put back together the junk machinery that he would buy at farm sales. Dwain was an excellent student, skipping a grade in elementary school, and was a member of the National Honor Society. He was a PHS wrestler and football player.

Dwain played trombone in the PHS band. In 1950, he was selected as part of the Tri-State Band. His senior year, he was selected to be part of a 100-member regional conference band representing seven states. He was also a PHS thespian, playing Jed Travis in the play The Yellow Shadow. It was at PHS that he met his future wife, Charlene Meshek.

Dwain graduated from PHS in 1951. The next year he joined the Navy and was sent to San Diego for training, but took time off at Christmas to return to Perry and marry his high school sweetheart. The couple returned to California where Dwain was stationed on the USS Colette. When that tour was over, he was reassigned to Washington, DC. Dwain and Charlene got in their old car and headed east, stopping in Oklahoma. There, Charlene stayed for several weeks awaiting the birth of their first child, Cynthia, while Dwain reported for duty.

Dwain was assigned to work with the top secret National Security Agency (NSA), which required a high security clearance. While he waited for his clearance, he worked as an honor guard. He recalled being one of the guards as the Iwo Jima memorial was put up. After retrieving his new family from Oklahoma, Dwain then went to work at the NSA.

Dwain worked nights for much of his time at the NSA. His job was to care for the government’s room-sized computers, which meant staying up at night and changing out the vacuum tubes as they burned out. He remembered a funny-looking man who used to come down from Boston on the train to run programs. He would load his program then sleep in a phone booth while Dwain kept the computer running. In the morning, he would collect his data and head home.

Dwain left the Navy in 1955. He went back to Perry, living in an old rock house east of town that belonged to Charlene’s Aunt Carrie (Detweiller). He soon decided to go to college and bought a farm north of Stillwater for his family, which now included a son, Robert. Dwain enrolled at Oklahoma State University, majoring in electrical engineering. To his surprise, he opened his first physics book to find a picture of that strange man from the computer lab—Albert Einstein.

Dwain and Charlene supported themselves by raising chickens during Dwain’s college years. They had two large barns and sold the eggs to the hatchery. They also worked to improve the land, hand-digging a 30-ft. deep well then lining it with the brick discarded from the original Perry streets.

Dwain graduated in 1959 with a BS in Electrical Engineering and moved to Dallas for his first job. They bought a new car, a new home, and had a second son, David. Dwain worked for several engineering firms as a design engineer, at one time prototyping an early electronic heart monitor and in another position building and maintaining the Identification, Friend or Foe (IFF) system for airplanes to identify friendly aircraft.

Dwain and Charlene did not lose touch with their roots. They bought a farm near the current McMurtry Lake and ran cattle to help pay off the land near Stillwater where Dwain’s parents had built a home. On weekends, the family of five would head to the farm to check on the cattle. In the beginning they often camped out, but over time, they hand-built a concrete block cabin. Keeping to his roots, Dwain hewed a slab from a lightning-struck cedar from their first home to use as a mantle.

During the 1960s, the government was in a race to the Moon and Dwain was playing a part. The companies he worked for had contracts building components for spaceships. In 1966, Dwain moved the family to Maryland to work at NASA. A second daughter, Sarah, was born the next year.

Dwain worked on the Mercury, Gemini, and Apollo space missions. His team took the first accurate measurement of the distance from Earth to Moon using a laser. He headed a team that took care of the satellite tracking stations around the world, so was often gone from home for weeks at a time. During the infamous Apollo 13 mission, his team played a critical role in getting the South African station repaired before Houston lost track of the spacecraft.

Although Dwain was proud of his work at NASA, he and Charlene were not happy raising their family in the city. In 1970, Dwain decided to retire and the family moved back to the one-room cabin in Oklahoma to live off the land. The kids would go to Perry schools, learning the values of a small town just as their parents had. He was called back to NASA for a few months in 1971—for a reason he never talked about—but the couple would spend the rest of their days together in Oklahoma.

When Dwain and Charlene moved back to the cabin, they had electricity run in, but there was no running water in the beginning. There was no phone. Yet, following the instructions in their pile of back to basics magazines and books, they planted gardens, raised goats and pigs along with cattle, cut fence posts and gradually began enlarging the house.

Within a few years, Dwain and Charlene had added four bedrooms, another bath, and a large library/den. Dwain had always collected books, and the new library had to hold the collection of Mrs. Dearborn, longtime PHS teacher, which Dwain bought at auction.

Dwain took odd jobs doing rehabilitation projects, tearing down houses and using the materials to build barns and shops. However, living off the land was not easy. Plus, they still needed some cash—they had property taxes to pay! Dwain started looking around for a business to invest in.

In 1972, Dwain and Charlene opened the Coast to Coast Hardware Store in the shopping center west of Perry. As with other projects in their lives, they jumped head first into this new venture. The store was open six days a week from 7 am to 8 pm, plus Sunday afternoon. The kids, the oldest just graduated from PHS, helped out. But still Dwain and Charlene drove the 13 miles to town every day, often leaving before light and getting home after dark.

There were lean times in the beginning, but gradually business picked up. Dwain became a member of the Lion’s Club. Over time, Dwain and Charlene bought a lumber yard in town which was joined with the hardware store when they moved to the current location across from PHS. Oldest son, Robert with his wife Emile and son James worked in the store. Robert now owns what is Kennedy’s True Value Hardware. Dwain’s other son, David, and his wife Lenita work at the store.

With the store in good hands, Dwain expanded into real estate, buying a number of farms and buildings in Perry, Enid and Grove. Fortunately, his youngest daughter, Sarah, a local attorney, was there to help him keep things straight. Gradually, Dwain retired to take care of Charlene whose health was failing. They moved from the farm into Perry, but the farm boy wasn’t happy in town. They built a new home north of town, not far from where Dwain grew up. Soon, he was raising cattle again with the help of his son David.

When Charlene died in 2004, Dwain was devastated to lose his lifelong partner. Not able to move forward in the life they had built together, he took a new direction. The next year he married Betty Bass of Enid. Their plans for travel were cut short, however, when Dwain had a massive heart attack less than a year later. He survived the heart attack, and lung problems that followed, but his health never fully recovered.

Dwain and Betty made their home in Enid and Grove for several years. In Grove, Dwain enjoyed the wildlife on the lake and built a shop to tinker in. But never one to sit still, he decided to embark on one last career. He was determined to write a novel.

He went to a writer’s conference with his daughter then set to work. He published his first novel, Meman’s Island, in 2018. He then started a second novel, the story of Genesis as told from the point of view of an engineer. The novel was never finished. Shortly after moving to a new home in Santa Fe, Dwain died of intestinal cancer on March 11, 2019.

Dwain was proud of his roots in Perry, his Naval service, his family, his engineering career and time at NASA, his business career, and his writing. “To achieve the impossible, you must attempt the ridiculous” he wrote on the bare sheetrock of their original cabin. He then encouraged his children, grandchildren, and great grandchildren to follow his example.