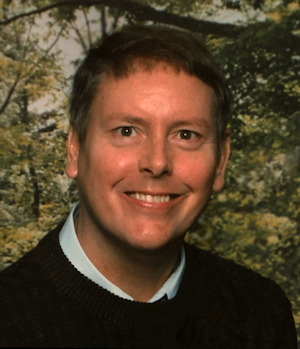 Phillip Kay Bartlett was born in Arkansas City, Kansas, on March 2nd, 1948. His pediatric physicians were concerned that his cerebral palsy would limit his ability to live a normal life, and he underwent several surgeries to allow him to walk normally. Wearing painful leg braces at a very young age gave him strengths and attitudes that would serve him well as he matured.

His mind was brilliant and he flourished as he attended classes. He was a natural mathematician and a scientist at heart. During his time at Perry High School, he attended advanced math classes at Oklahoma State University. Immediately following graduation from PHS, he worked with Teen Challenge, a Christian outreach program for drug addicts. Following his tenure at a coffee house in Philadelphia, he set up a similar facility for young people in Perry. He graduated from Oklahoma State University in 1973 with a BS degree in Hotel and Restaurant Administration. He and his wife, Janetta, were married in September, 1974. As a couple, they joined the Peace Corps in the summer of 1975.

Returning to the U.S., Phil decided to become a teacher, and graduated with his second BS degree from Central State University. Following graduation, he moved to New Mexico, where he taught science classes at Hope Christian School in Albuquerque for seven years. He also worked with the Albuquerque public school substance abuse prevention program through 1989, when he and Janetta relocated to Derby, Kansas. They were blessed with two children, Timothy and Amy. Phil taught Biology, Chemistry and Physiology at Southeast High School for Wichita Public Schools. He thrived on sharing his knowledge, and created methods of instilling enthusiasm within his classrooms. He was often voted as the favorite teacher by his students. Having learned to successfully cope with his physical boundaries, he became the high school girls’ soccer coach and assisted his son’s soccer team as well.

He was diagnosed with kidney cancer in the fall of 1995, and stayed in remission for three years before his disease returned. He continued to teach while being treated in a clinical trial. As he weathered the toll of his treatments, he realized that his students were recognizing that he was ill. With his natural talent for finding something good in the worst of situations, he decided to share his condition with his biology and physiology students. He presented a course of study using his MRI and CAT scans to show the evolution of his disease, potentially raising interest for his students in the field of medicine. His tremendous courage and energetic love of life inspired everyone who knew him, through his school and his church. He passed away on July 26th, 1999.

Janetta continues to hear happy stories about Phil from his many friends, fellow teachers and students. His joyful enthusiasm for sharing knowledge was his signature trait. His unfailing faith in God helped to guide him through difficult times in his life. Phil’s larger-than-life spirit will live on within people who were fortunate enough to have known him.