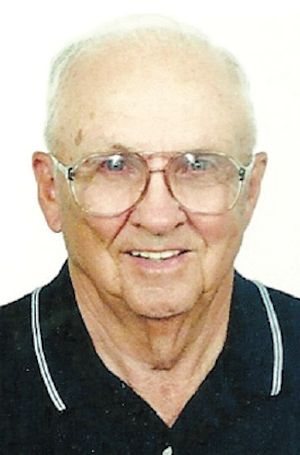 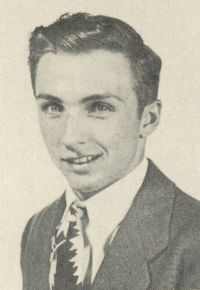 The son of Joseph Edwin and Elva Mae (Gordon) Sewell, Richard was born Nov. 24, 1929 in Perry. He grew up and received his early education in Perry, and he played football in highschool. He was graduated from Perry High School with the class of 1948. After graduation he attended Oklahoma A&M in Stillwater, graduating in 1952.

In May 1952 he entered the United States Army, serving in Korea and Japan. He was honorably discharged as a 2nd Lt. in 1954, and he returned to Perry and began attending graduate school.

On Aug. 29, 1954 Richard and Jan Lucille Walker were married in Newkirk. They established their first home in Ponca City. He began employment with Ponca City Production Credit Association, working there for five years. The couple then moved to Newkirk and was employed with Albright Title & Trust Company. After five years he began his banking career with Eastman National Bank and was with the company for 20 years. He then moved to First National Bank of Braman and retired from there in 1995.

Funeral services have been scheduled for 2 p.m. Wednesday, Feb. 29 in the First United Methodist Church of Newkirk with Pastor Paula Shambacher, minister of the First Presbyterian Church of Newkirk officiating. Interment will follow in the Newkirk Cemetery under the direction of Miller-Stahl Funeral Service. The body will lie in state at the funeral home from 1-5 p.m. Monday; Tuesday from 9a.m.-9 p.m.; and Wednesday from 9 a.m. until noon. The casket will not be opened at the church.

Memorial funds have been established with the Newkirk Education Foundation and the First Presbyterian Church of Newkirk. Contributions may be made to either in Mr. Sewell’s name through Eastman National Bank, Box 468, Newkirk 74647-0468