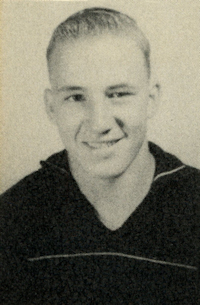 Wilbur Aaron Keith a lifelong resident of Perry, Oklahoma passed away Wednesday, August 14, 2019 at the Green Valley Nursing Home in Perry surrounded by his loving family. He was 83. Funeral services have been entrusted to the care of Dighton-Marler Funeral Home of Perry.

Visitation will be 9AM to 5PM Saturday, August 17, 2019 and 1PM to 6PM Sunday, August 18, 2019 both at Dighton-Marler Funeral Home. Family will greet guests on Sunday from 4PM to 6PM. Wilbur’s service will be held on Monday, August 19, 2019 at 10AM at the Christ Lutheran Church in Perry with Pastor Metz officiating. Interment will follow at Bocox Cemetery in Orlando. Family requests memorial donations be made to Companion Hospice in c/o Dighton-Marler Funeral Home, P.O. Box 189, Perry, Ok., 73077.

Wilbur was born September 6, 1935 in Payne County to Lloyd Lester and Grace Lenora (Howell) Keith. He was oldest of thirteen children. He lived in Perry all his life and graduated Perry High School in 1954. On June 15, 1957 he married the love of his life, Earlene Bocox. They were blessed with 49 wonderful years until Earlene’s passing in 2007.

He was employed with Safeway Grocery in Perry for over 20 years. The last 12 years of his workforce he spent serving the residents of Noble County as District 3 Commissioner. He had the opportunity working with some of the greatest people in Noble County. Wilbur enjoyed camping, fishing(noodling) go-carts, motorcycle racing for Homer Thompson, working on the farm raising cattle, and spending time with his family. He was a member of Christ Lutheran Church in Perry.