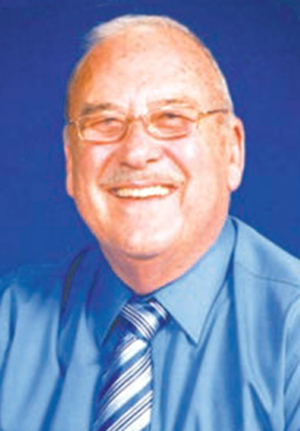 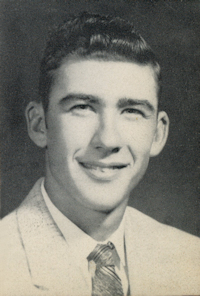 Raymond was born August 27, 1942 in Enid, Oklahoma, the son of Cleo and Imogene Pearl (Holt) Coker. He was raised on a farm in the Billings area, where he worked along side his dad with farming. He attended Billings schools through third grade, then moved with his family to Perry in 1953, and graduated from Perry High School in 1960, as president of his class.

In high school, he was active in FFA of which he served as president, raised calves and enjoyed showing his cattle. He won many blue ribbons and had a habit of naming his cattle, his favorite being “Firecracker.” He was recipient of the American Star Farmer Award. He attended Oklahoma State University as a Veterinary student.

He and his childhood sweetheart, the former Flora Zell Davison, were married March 10, 1961. Raymond farmed and raised cattle, worked in the oil fields, and in 1966, he and Flora Zell purchased a Gulf Oil Distributorship. They operated Coker Oil Company for 11 years, selling it in 1976. He then worked at Ditch Witch in sales until 1988.

He was director of the Perry Chamber of Commerce from 1988 until the early ‘90s, at which time he was very involved with the community and supportive of such efforts as the United Fund of Perry, etc.

For a season, he worked for Smith Trucking Company, during which time they moved with this job to Mineral Wells, TX. He was then employed for J-Z Systems in Perry until he retired.

While married to Flora Zell, the family loved going to Red River, New Mexico, and camping with their children.

He loved fishing and hunting, watching golf on television, especially Tiger Woods, and loved game shows, at which he could become very animated, yelling at the TV. He loved to go to Hayward Lake and camp and cook over an open fire, playing his guitar and singing around the camp fire.

He also loved pheasant hunting with his Dad and Uncle Paul in Kansas, gardening, cooking on the smoker or grilling his vegetables; and canning pickles.

His hobbies included singing and playing guitar. He played with Jim Edgar and the Road Runners. He loved to joke, was very kind, even tempered and treated all people the same.

He was a long-time member of the First Christian Church where he served as an elder. He and Flora Zell taught the AT&T (Almost Twenties & Thirties) class, then he taught the Singles & Doubles class…to which he stated, “I’m mostly just the facilitator.”

Just before his 50-year PHS class reunion, he met Willa Dean (Folsom) Stover whom he took to the reunion as his date in September 2010. They were married 1/1/2011. The couple loved to fill the gas tank on his pickup, then travel until the tank said half full, find a place to eat, and return home on an empty tank. They did everything together, grocery shopping, etc.

He was preceded in death by his parents, his first wife, Flora Zell (Zee) Coker; one daughter, Darla Rae Frank; and a grandson, Tyler Frank.

Visitation will be held from 3 to 5 p.m. Sunday, August 25,2019 at Brown Dugger Funeral Home Chapel, who are in charge of the arrangements. Services will be 10 a.m. Monday, August 26, 2019, at the First Christian Church, Perry. Rev. Martin Foster will officiate.