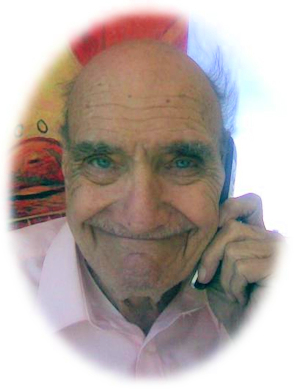 With more than a year before he will become of military ate, Robert Underside, son of Mr. and Mrs. Roy Underside, 405 Ivanhoe, plans to continue his study of music after graduation.

Bob was born in Perry July 30, 1927. Of his 12 years of schooling, Bob has spent all of them in the Perry schools. He has been a member of the PHS band since 1939, and has participated in the Tri-State band festival at Enid as a trumpet soloist.

Upon graduation Bob plans to either attend Phillips university at Enid or enter the naval school of music.

Robert was a graduate of Perry High School. He was a World War II veteran who served his country in the United States Naval Reserves from June 15, 1945 until April 25, 1946. Robert served at NTC, San Diego, and aboard the USS Saratoga. He was awarded the Victory Medal and Asiatic-Pacific Campaign Medal and achieved the rank of Bugler First Class before he was honorably discharged from military service.

A former band director and teacher, Robert retired in 1992 from Bridgestone (formerly Dayton Tire). He enjoyed his family, music, fishing and bowling and his interests included home upkeep and repair.

Robert was a member of the Lions Club, Kiwanis Club, NEA, OMEA, and Phi Mu Alpha Sinfonia, served on various church boards, was treasurer for the Lincoln Terrace Neighborhood Association, and was a choir director at Yukon Christian Church and Anadarko Christian Church.

Graveside services will be 2:00 p.m. Tuesday, April 8, 2008 at the Grace Hill Memorial Pavilion in Grace Hill Cemetery in Perry, Oklahoma. Rev. Martin Foster will officiate. Memorials may be made to the charity of the donor’s choice in care of Brown-Dugger Funeral Home, 1010 N. 7th Street, Perry, Oklahoma 73077.

He was preceded in death by his parents and one brother, Dennis LeRoy Underside.