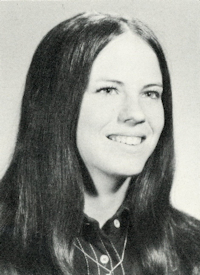 Kathleen Kay Lancaster, 53, of Orlando, Oklahoma, was the daughter of Aaron Homer and Delpha Lois (Nelson) Donaldson. She was born February 10, 1955, at Waukomis, Oklahoma, and departed this life on Monday, June 9, 2008, at Integris Baptist Medical Center in Oklahoma City, Oklahoma.

Kathy and Doyle Ray Lancaster were married on March 5, 1983. She had worked as a waitress and enjoyed fishing and camping with her family. The White River in Arkansas was one of her favorite fishing spots. Kathy also enjoyed rattlesnake hunts with her husband. She loved her children and her pets. Her favorite color was purple, and her favorite flower was iris. Kathy’s fondest memories were the wonderful times she spent with her husband of 25 years who also was her best friend. She was a member of Calvary Baptist Church.

She was preceded in death by her mother.