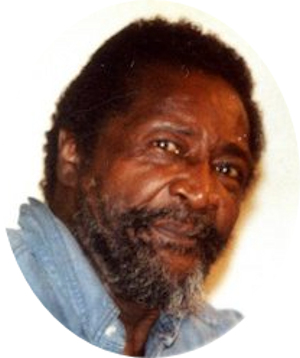 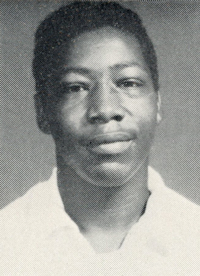 He was the seventh of ten children born on June 3, 1945 to the John Henry Atkinson and Gretchen Mae “Mother” Atkinson.

Johnny attended Blaine School until its closing in 1955. He then finished his education at Perry Schools.

During Johnny’s younger years he was the top chef at Thompson’s BBQ. He was well known for his top secret BBQ sauce.

Johnny later moved to Omaha, Nebraska where he was employed at A-1 Direct Mail and he also helped rear his older brother’s (Lawrence Swan) children.

While living in Omaha Johnny met Esther Farmer. One child was born of this union, Maria. Johnny later returned to Perry where he once again began doing what he loved most “cooking”. Johnny was the head cook with his sister Lillian Brown at the Perry Sale Barn for many years. He served in this capacity at other local restaurants.

After hanging up his chef’s hat, Johnny remained at home surrounded by his many friends and long-time companion Merrilee Cruz. She preceded him in death in the year 2000.

Johnny was known for his kind heart and open doors. His door was always open for his family, friends, and the occasional strangers that did not have a place to go. He never met a stranger.

Memorial Services will be held 2:00 p.m. Monday, September 10, 2011 at the First Baptist Church in Perry, Oklahoma. Brother Willie Anderson will be officiating. Services are under the direction of Brown-Dugger Funeral Home.

Johnny was preceded in death by both of his parents.