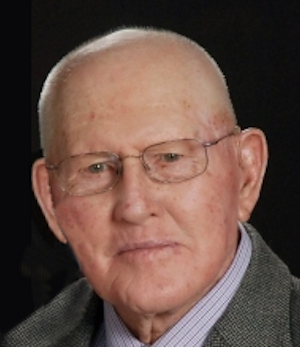 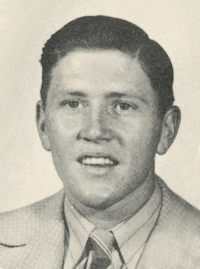 On Friday, September 6, 2019, Gene Hentges, loving husband and father of five
children, passed away at the age of 90.

Gene was born on January 7, 1929, in rural Perry, Oklahoma, to James Franklin Hentges, Sr., and Edna Lillian (Golliver) Hentges. He graduated from Perry High School in 1947 and farmed with his father until volunteering to serve in the United States Army during the Korean War. He was stationed with an artillery unit as a mortar gunsman.

Gene, with the support of Virginia, had a passion for community service. He helped start the Noble County Farm Bureau and traveled the county recruiting members. He was also actively involved in the White School District (Board of Education); Gansel Cooperative Elevator (Board of Directors); Christ Lutheran Church (Elder, Trustee and Sunday School Teacher); and Perry Farmers Co-operative Exchange (Board of Directors).

He is survived by his wife, Virginia, of the home and children Harvel (Phil) Johnson of Enid, OK; Harvey (Sandy) Hentges of Perry, OK; Harl (Ann) Hentges of Stillwater, OK; Harlan (Jennie) Hentges of Edmond, OK; and Harlene (Darby) Colen of Perry, OK.

Gene was a man of faith, known for his infectious smile and kind and compassionate spirit.

A Celebration of Gene’s life will be held on Thursday, September 12, 2019 at 2PM at Christ Lutheran Church, 1301 N. 7th st. in Perry with Pastor William Metz officiating. Interment will follow at Grace Hill Cemetery, Perry. Visitation will be 9AM to 8PM Wednesday, September 11, 2019 at Dighton-Marler Funeral Home, Perry. In lieu of flowers, memorials may be made to Christ Lutheran Church of Perry.