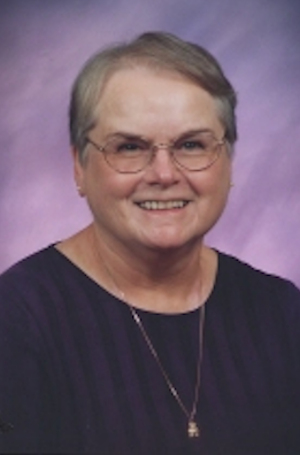 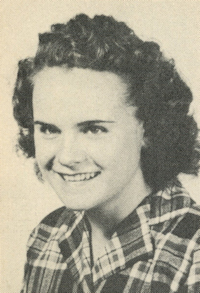 Doris Jean (Brand) Rupp, 88, nickname “Snookie” and “Mimi”, of Edmond, Oklahoma, passed away Friday, October 18, 2019 at The Timbers Skilled Nursing and Therapy. Services have been entrusted to Dighton-Marler Funeral Home in Perry, Oklahoma.

She was born on December 29, 1930 in Perry, OK to Carl Brand and Russia (Kasl) Brand. She graduated from Perry High School where she played the French Horn in the Marching Band graduating in 1948. She attended Oklahoma State University taking several business courses.

She married Delmar Rupp at the Zion Lutheran Church near Perry on October 21, 1951. They lived in Perry, Sand Springs and Stillwater where she was the Bookkeeper for many years at Ace Hardware.

She had a strong Christian faith and is a longtime member of the First Christian Church in Stillwater, OK. She loved sewing, quilting, Bingo, red male cardinals and traveling, especially, to the Creede, CO area. She also took many group trips with friends and relatives to destinations such as the West coast, the Rose Bowl parade, NYC, Opryland, Hawaii, Canada and Mackinac Island.

Viewing will be set for Sunday, October 20, 2019 from 1-6 P.M. at Dighton-Marler Funeral Home in Perry, Ok. Funeral services are scheduled at 1:30 P.M. on Monday, October 21 at the First Christian Church, Stillwater, OK, with burial at Grace Hill Cemetery, Perry, OK.

In lieu of flowers, Memorial contributions can be made to the Alzheimer’s Foundation c/o Dighton Marler Funeral Home, 203 Fir St., Perry, Ok 73077, which would be greatly appreciated by the family.