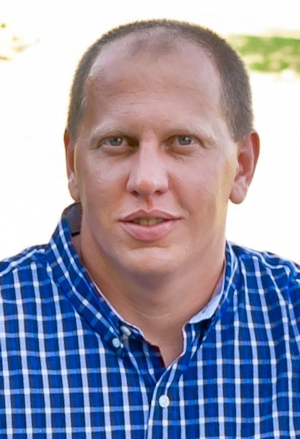 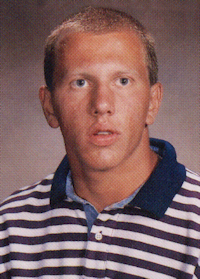 Nicholas grew up in Perry and attended Christ Lutheran School through the 5th grade. He graduated from Perry High School in 1997. Nicholas enjoyed athletics while in school participating in football, basketball and baseball.

Nicholas was acquainted with Cassie Kitterman for a number of years, but it took several attempts by Nicholas to convince Cassie to agree to a date with him, but after that she knew he was the one. They have been devoted to one another for nearly 20 years.

Nicholas was a hardworking man. He was employed at Ditch Witch for the last 15 years as a machine operator. He took pride in caring for his lawn. He enjoyed fishing and gardening. He never missed putting up Christmas lights on his house and always looked forward to playing “Santa” for his nieces and nephews. Nicholas found joy in supporting his children in their activities and spending time together with his family.

Funeral services, under the direction of Brown-Dugger Funeral Home, will begin at 10:00 am, Friday October 18, 2019 at the First Christian Church of Perry. Minister Josh Bell will officiate. Burial will follow at Grace Hill Cemetery also of Perry. Friends are invited for viewing on Wednesday from 2-8 pm and again Thursday from 10 am – 8 pm. To pay their respects.

Nicholas was a tried and true OU Fan. To honor his memory and celebrate his life, the family invites you to wear crimson and cream the day of his funeral.