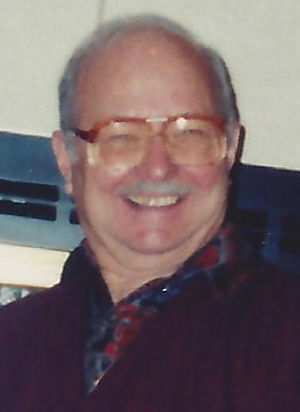 – at 20 years of age, has spent three years in the U. S. marine corps, gone through nearly 12 years of grade and high school, completed a semester at Phillips university, and now is ready to receive a belated high school diploma.

Frank, son of Mr. and Mrs. Glen A. Springer of Enid, entered the marines three years ago without finishing his last year of high school. He lacked two credits, but has received their equivalent based on his service with the marines. Meantime, he has entered Phillips and made an enviable scholastic record.

He was born July 25, 1925, in Wichita, and attended grade school at Stillwater. Until his senior year he was a student at Norman high school. Springer is a member of the American Legion, Veterans of Foreign Wars and the Vet’s club at Phillips. He will continue at the university after this spring.

Frank T. Springer, 87, a resident of Tulsa, Oklahoma died May 27, 2013 in Claremore, Oklahoma. Born July 25, 1925 in Wichita, KS to Glen A. Springer and Agnes M. Springer, both now deceased. Mr. Springer attended high school in Perry, Oklahoma. He enlisted in the United States Marine Corp on November 30, 1942 and after basic training served on the USS New Orleans in the Asiatic-Pacific area from March 22, 1943 until March 11, 1945. While on board the New Orleans, he served as a light anti-aircraft gun crewman and orderly to the Captain. The orderly stayed with the captain at all times and it is said that the last person to leave a ship before the Captain is his marine orderly. The orderly was one of two people on board authorized to wear a sidearm. From Oct 1943 through Dec 1944, 15 months, the New Orleans was involved in naval operations against enemy forces every single month. He received over 13 combat stars during this time, and was being paid $54.00 a month when he was discharged.

After returning to civilian life Frank attended college in Enid at Phillips University. During this time he met Betty when he came to her apartment to pick up her roommate for a date. A few weeks later Frank called Betty at work looking for her roommate because he had two tickets to a movie. Betty informed him that the roommate was sick so Frank asked Betty to the movie “just so he wouldn’t waste the ticket” and the rest is history. They were married October 5, 1946 in Winfield, KS.

Frank went to work for JC Penney Company and they moved to Alva. While in Alva they had two boys, David and Mark, and their only daughter Mary. It was during their time in Alva that Frank first heard God calling him.

They had the opportunity to move to Oklahoma City where Frank would be assistant manager of the May Avenue JC Penney Store. The family later moved to El Reno where Frank took the job as manager of the JC Penney store. While in El Reno, Frank experienced the reality of the Holy Spirit in his life on a men’s retreat, and he became a new man.

Another job change into the insurance and investment business took them first to Ardmore and then to Ada. In 1970, with three college age children, Frank could no longer resist the call of God on his life and he decided to attend seminary. The family had the first household auction in Ada, sold almost everything, and Frank moved to Enid to attend school. David was in Massachusetts, and Betty, Mark and Mary stayed in Ada. Mary married Steve, Mark joined the Navy and Betty rejoined Frank in Enid.

After graduation, Frank and Betty moved to Indianapolis where Frank worked for the home office of the Disciples of Christ, Christian church. Prior to reaching retirement age, Frank took his first full time church in Arkansas City, KS. Upon leaving Ark City, Frank took on the role of interim pastor and served in Grand Junction, CO, Perryton, TX, Guymon, OK, Elk City, OK, Lubbock, TX, Paris, TX and Mineola, TX. Frank remained active in some form of ministry until he was almost 80 years old. After being told that he had a form of leukemia, Frank and Betty returned to Enid where they lived and Frank “unofficially” ministered to the other residents of The Commons until he was no longer able to. They remained in Enid until July 2012 .

Frank’s dementia was slowly closing in, and he became restless. About 2 years ago he began telling people that he was ready to get out of here. When you asked him where he wanted to go, he would often just point up.

Frank had a younger brother, Harold, and a much younger sister, Betty Sue. Harold predeceased Frank in November of last year. Betty Sue Tower lives with her husband Larry and their families in Stillwater, OK.

Donations may be made in his memory to the Alzheimer’s Association. Memorial service will be at 2:00 p.m. Friday, May 31, 2013 at Mason Chapel Asbury United Methodist Church with interment in Ft. Gibson National Cemetery.