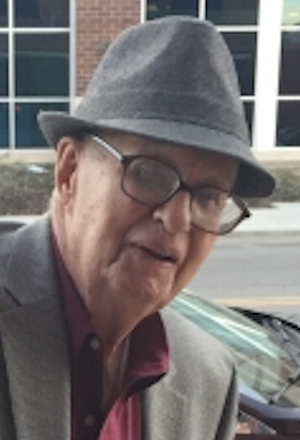 Don was born on February 17, 1925 in Perry, Oklahoma to Quine and Letha (Davis) Brengle. He grew up in Perry and graduated from Perry High School in 1948. He married Ingevorg Cleff in 1951 in Germany and after her death he later married Debra Vaughan in 1996 until her death in 2006.

Don joined the United States Air Force in 1943. He served in WWII on “D” Day, Battle of the Bulge, the Vietnam War, and the Korean War. During WWII, he delivered survivors from concentration camps to their home countries. He saw the Berlin wall go up and was a civilian when it came down. He had 6 battle combat stars and earned the Vietnam Service Medal. He was part of the Berlin AirLift and had 109 flights into Berlin. He flew C-47’s and graduated from B-29 Flight Engineer School. He retired as Tech Sergeant in 1968, was part of the 442nd Troop Carrier in WWII.

After retirement, he was in the Air Force Reserve as a flight engineer for four years. When he quit flying he did construction work for the Air Force and refurbished Barracks. He lived in Dover, Delaware for 30 years. He moved back to Perry in 1993 as a Disabled American Veteran.

He enjoyed reading, was an avid gardener and had coffee every morning with his friends.

He is preceded in death by his parents, his two wives, brothers, Dr. Kenneth Brengle and Quine Brengle Jr.