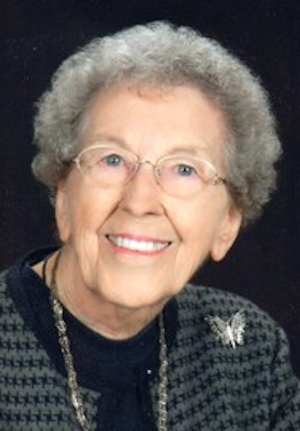 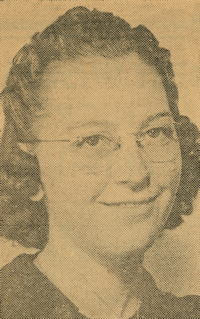 Hobbies are tennis, bicycling and riding.

Regina’s plans for next year are indefinite.

She was born the ninth child of Louis W. Thele and Anna (Miksch) Thele, on November 16, 1924. Regina was raised alongside her siblings in Perry, Oklahoma where she graduated from high school in 1941.

After graduation she attended business school, and later found her career as a media librarian over many Oklahoma City schools.

In 1957 she married her one true love John Luetkemeyer, and the two established their family in Oklahoma City.

Regina enjoyed cooking, sewing, crocheting, and loved traveling when time allowed. As a member of St. James the Greater Catholic Church, she served her church in as many capacities as she could.

Regina will be remembered for her love of family, and her Godly way of living.

She was preceded in death by her parents; husband, John J. Luetkemeyer, who passed January 19, 1963; four brothers and six sisters.