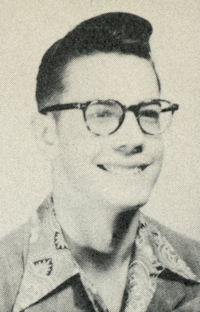 Bruce States, 37, died unexpectedly at 8:15 a.m. Monday at Central State hospital, Norman, where he had been a patient.

Services will be at 11 a.m. Wednesday in Parker chapel. Rev. David Severe of Tulsa will officiate. Burial and graveside service will be at 2:30 p.m. at Cherokee Municipal cemetery.

States, a Perry high school graduate, was born Jan. 21, 1935, in Lambert, Okla. He moved with his parents when six-months old to Braman, where they resided seven years before moving to Perry.

He attended Tulsa university for one and one-half years before entering Oklahoma City University, where he received a Bachelor of arts degree. He had worked toward a masters degree at a Methodist Theologian school in Tennessee.

He was a member of the First United Methodist church of Perry.