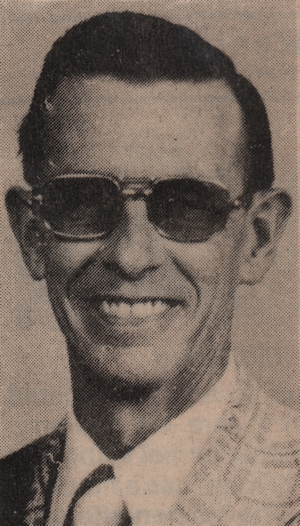 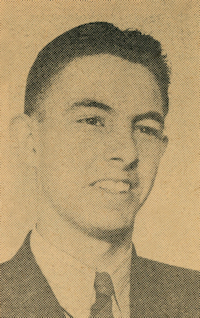 ﻿- son of Mrs G. W. Folger, was born April 11, 17 years ago, at McKinney, Texas, and attended the Ridgeway, Pa., Houston and Dallas, Texas, schools, before coming here three years ago.

Foy appeared in the junior class play in Perry, and in addition to that activity believes that model planes and sign collecting take up the larger part of his time.

He plans to join the navy after graduation here.

He had been ill for some time. A resident of 1017 Elm street, Smith had been an active member of the community many years. Burial will be at Grace Hill cemetery under direction of Brown Funeral home.

Smith operated an appliance store in Wichita from 1946-56. After moving back to Perry, Smith was employed in the office of the county assessor, was a county commissioner from 1961-68 and was city circulation manager at The Perry Daily Journal before accepting employment at the First National Bank. He was at the bank from 1969-87.

Smith served as a captain in the Civil Air Patrol. He also had been a member of the Perry airport board, Camp Fire board, was a member of the original board of directors for Camp Tan Da Ko and had served several times as chairman of the annual Cherokee Strip celebration parade.

Survivors include his wife, Betty, of the home in Perry; two sons and daughters-in-law, James R. and Carolyn Sue Smith, Guthrie, and Michael E. and Monee Smith, Mobile, Ala.; two step-sons and their wives, Keith Jr. and Patricia Newton, Perry, and Lyle and Donna Newton, Perry; one daughter and her husband, Patty and Charles Dietrich, Kansas City, Mo.; a stepdaughter and her husband, Kristine and John Hoffman, Gladstone, Mo.; and one step-sister, Fern McCormick, Perry.

Survivors also include 15 grandchildren and one great-granddaughter.