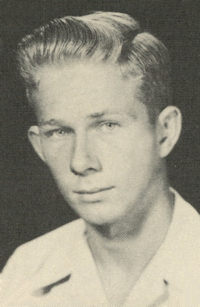 A private graveside service is planned at Grace Hill cemetery in Perry. Rev. Lynn Scott will officiate. A memorial has been established to benefit the American Heart association.

He served in the United States Navy from 1951-55. He and Collette Williams were married at Perry on Aug. 17, 1956. Swearingen graduated from Oklahoma State university in 1959. He was an engineering consultant.