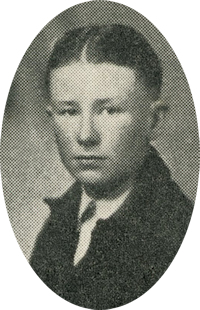 Funeral will be at 10 a.m. Monday at the First Presbyterian church with Rev. Ken Waddell, pastor, officiating. Burial will be at Grace Hill cemetery under direction of Brown Funeral home. Memorials have been established to benefit the Oklahoma Medical Research Foundation or the American Heart association.

Thrash was born northwest of Perry on Oct. 24, 1911. His parents were Charles and Myra Thrash. He was a 1929 graduate of Perry high school and attended the University of Oklahoma. He served in the United Slates Army during World War II.

Thrash was a field safety employee of Shell Oil company until his retirement in 1966. Since that time he had farmed and raised cattle northwest of Perry.

He was a member of the First Presbyterian church where he had been an elder, deacon and trustee and was a 32nd degree Mason.

Among survivors are one brother, Kenneth Thrash, and a nephew, Mark Thrash, both of Tulsa.