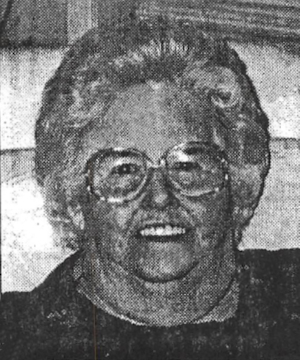 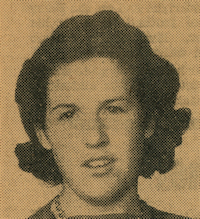 Her hobbies are collecting postcards and letter writing.

Memorial service will begin at 10 a.m. Friday in the chapel of Brown Funeral Home in Perry. Frank Jenkins, San Antonio, TX, former pastor of the Seventh-Day Adventist Church in Perry, will officiate.

Mrs. Tubbs was the daughter of Ernest and Mary (Atherton) Crockett. She was born May 4, 1922 at Garber, OK. She attended school at Fairview and was a graduate of Perry High School.

On May 25, 1941, she and Wilburn Marion Tubbs were married at Perry. Mrs. Tubbs was a member of the Seventh-Day Adventist Church in Perry.

She was preceded in death by her parents, one son, Ross Ernest Tubbs; one sister, Carol Ann Richardson; and two great-grandchildren, William Shane Dover and April Marie Dover.