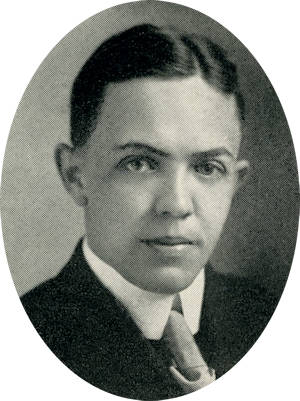 Committal services will be 5 p.m. today in Perry for Marsh Woodruff, 64, former manager of the Blackwell Chamber of Commerce, who died early Thursday in Woodward Memorial Hospital where he had been a patient for a month after suffering a heart attack.

Funeral services were to be 1 p.m. today in the First Presbyterian Church in Woodward. The Rev. George Parkhurst, former minister of the Blackwell First Methodist Church and now of Woodward and the Rev. Charles Hamilton were to officiate.

Born June 14, 1894, in Colby, Kan., Woodruff came to Oklahoma in 1900 and was graduated from Perry High School and the University of Michigan.

He was head of the State Fish and Game Department during the Johnston Administration and had been manager of the Chamber of Commerce at Perry. He came to Blackwell as chamber manager in 1944.

He moved to Woodward in 1954 to assume managership of the Chamber of Commerce there.

He was married April 25, 1925, at Perry to Winifred Brengle, who survives.

Woodruff was a veteran of World War I, a member of Elks Lodge, Lions Club, Masonic Lodge and the American Legion.