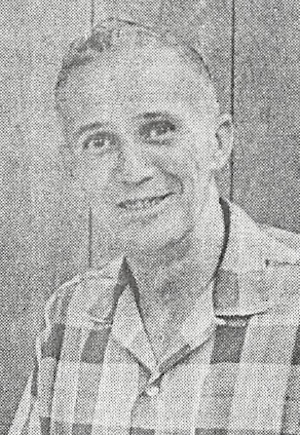 Funeral will be at 2 p.m. Thursday at Parker Funeral chapel for Clarence J. Wurtz, 60, 523 Twelfth street, who died at 3 p.m. Tuesday at Perry Nursing home, where he had been a resident since June 25.

Rev. Ward J. Pankratz, pastor of St. Rose of Lima Catholic church, will officiate. Burial will be at the Catholic cemetery. The family has suggested memorial contributions to the Oklahoma Medical Research Foundation cancer fund.

He and the former Phyllis Schurkens were married Nov. 18, 1946, in Perry. Wurtz was a veteran of World War I. He had been associated with Wurtz and Wurtz Motor company along with his father, Jess Wurtz, from 1946 until 1965. After his father’s death, Wurtz continued in the business until ill health forced his retirement. He was a retired call fireman for the city of Perry.