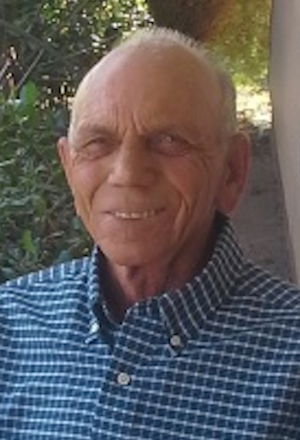 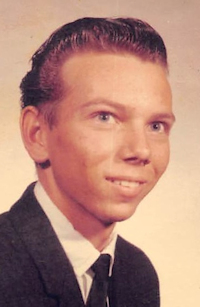 Howard Wayne Seal, Sr. was born in Perry, Oklahoma on November 18, 1946 to Elmer and Cora (Miller) Seal. He graduated from Perry High School in 1965 and helped his parents own and operate Seal Grocery on East Grove Street until 1975.

He worked for the Oklahoma State Highway Dept and City of Perry Water Dept for several years, before moving to Sumner and becoming a rural water meter attendant for Moorewater East of Perry. He maintained a few rental properties but then semi-retired early to care for his Mother until she passed at the age of 104 and was so proud to able to care for her at home instead of going to the nursing home. He most recently worked as a custodian for the Perry Post Office, until it became necessary to fully retire due to his lengthy illness with end-stage COPD.

Howard loved to attend Music Night at Morrison on Thursdays and attended Bingo and various Senior Citizen activities. He enjoyed Big Band music and cruising all over town in his truck visiting with folks and tinkering with his classic Ford Fairlane Convertible. He liked grocery shopping and home-cooked meals and was very independent and extremely organized.

Howard never missed an opportunity to give someone a hard time or crack a joke or offer his opinion or advice (even if you didn’t want to hear it) and he loved his Sonic Hamburger every Tuesday night!

He is survived by daughter, Cindy Bowman (Rex) and grandson, Andrew Randall, all of Perry; son, Howard “Wayne” Seal, Jr., of Perry; daughter, Kimberly Graham, Grand-daughter, Mackenzie Jeter, grandson, Dylan Jeter and great-grandson, Vincent Jeter; all of Perry. He also leaves behind a stepdaughter, Sharon (Neil) Parks and her children; Dalton LaFosse of Garber and Jada LaFosse of Perry, Kayla (Troy) Crews and their son, Kayson Courtright, all of Perry; and a stepson, Patrick Barnwell of OKC. In addition to special nephews, Gary Seal of Arkansas and Clark Seal of California; and a niece, Pamela Aubers of Wichita.

Memorial contributions can be made to Hospice North Central Oklahoma in Ponca City or Wheatheart Nutrition Center in Perry. Visitation will be held Monday February 17, 2020 at Brown-Dugger Funeral Home from 5:00 pm to 8:00pm. Howard’s service for his funeral will be held at Grace Hill Cemetery at 2:00 pm on Tuesday February 18, 2020. Howard will be laid to rest at Grace Hill Cemetery after his service.