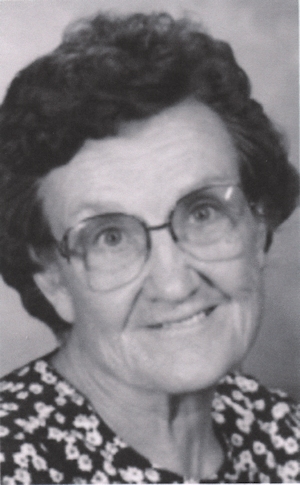 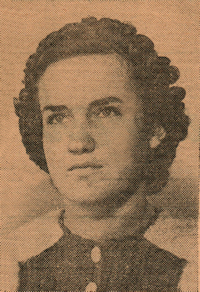 ﻿- 18 year-old daughter of John H. Downey, was born in Morrison.

She attended Morrison high school, after attending grade school at White Hall, Liberty and Jefferson, and has spent her senior year at Perry high school.

She plans to enter some college after graduation from high school.

Thelma was born on Apr. 5, 1923, in Morrison, the daughter of John and Osessa Downey.

Thelma enjoyed traveling, spending time in her garden, drinking coffee, and spending time with her friends. Her first love was her family, especially her grandchildren.

A funeral service will be held at 2 p.m., Thursday, Dec., 6, at Sunset Baptist Church, 915 Greenwood, Ponca City 74601. Interment will follow at the IOOF Cemetery. Services are under the direction of John M. Ireland Funeral Home and Chapel, Moore. Visitation will be Wednesday, Dec. 5, from 5-7 p.m. at John M. Ireland Funeral Home, 120 South Broadway, Moore. Visitation Thursday, Dec. 6, will be at the church from 12-2 p.m. in Ponca City.