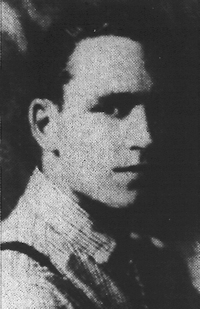 Funeral will be at 10 a.m. Tuesday at Brown Funeral home chapel for Frank Knight, 71, Wewoka, formerly of Perry, who died early Saturday at the Veterans Administration hospital in Oklahoma City.

Rev. Roy Jones will officiate. Burial will be at Grace Hill cemetery.

Knight was a regional manager for a sign company. He was a member of the Methodist church.