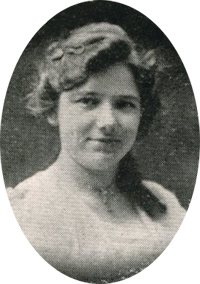 “It is not wise to be wiser than necessary.”

Funeral will be at 10 a.m. Tuesday in the First Christian church for Mrs. Gladys Bechtold, 76, long-time Perry resident, who died Friday in Good Samaritan hospital in Phoenix following a lengthy illness. Rev. M. R. Work, pastor, will officiate and burial will be in Grace Hill cemetery under direction of the Parker funeral home.

She had made her home in Phoenix for several months.