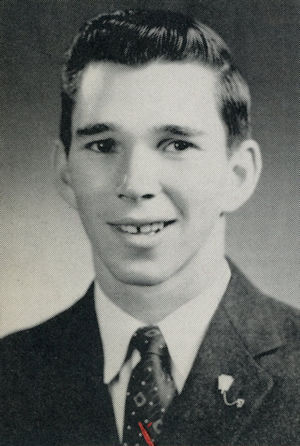 Gregg died unexpectedly Wednesday while playing racquetball in a Broken Arrow fitness center. He was born Oct. 29, 1939, in Sequin, Texas, and was reared and received his secondary education in Perry public schools of which he is a 1958 graduate. He attended the University of Oklahoma at Norman on a wrestling scholarship, and later switched to baseball. He graduated from the Oklahoma University School of Law in 1970, then moved to Tulsa where he practiced until moving his practice to Broken Arrow in April of this year.

Gregg was active in Broken Arrow in the Little League Baseball association for which he served as a coach and past president. He also coached little league football and soccer. He attended the Broken Arrow Church of Christ and is a former member of the First Christian church of Perry.

A trust fund has been established for his children, Kimberly and Stephen.