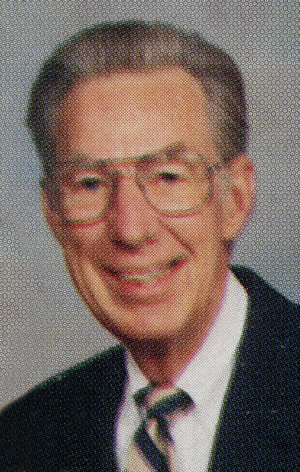 Future plans of Bill Haynes, III, one of this year’s graduates from Perry high school, are dependent largely on demands of the national selective service.

Provided he doesn’t enter the armed forces, Haynes will continue as a student at Oklahoma A. and M. where he enrolled May 6. Born 18 years ago at Lindsey, Bill is the son of Mr. and Mrs. W. F. Haynes, formerly of Perry, but now of Stillwater.

He has lived in this city for the past three years and has been a member of the PHS band most of that time. Also a Demolay, Haynes has taken an active part in school activities. He attended Stillwater high school for a short time, but “liked Perry high school so well” he cam back to finish here.

Funeral will be at 2 p.m. Wednesday at Christ Lutheran Church. Rev. Myron C. Maltz, pastor, will officiate. Arrangements will be under direction of Brown Funeral Home.

Haynes was the son of William F. and Jimmie (Allen) Haynes and was born on Aug. 31, 1925. He was a graduate of Perry High School and Oklahoma State University.

He formerly served as chairman and member of the board of directors of the International Construction and Utility Equipment Committee.

In 1989, Haynes retired as director of marketing at The Charles Machine Works, Inc.

He trained as a pilot in the United States Army Air Corps during World War II.

He was a member and had served as chairman of the elders of Christ Lutheran Church.

In addition to his wife, of the home, survivors include one son and daughter-in-law, William F. “Rusty” Haynes and his wife, Peggy, Albuquerque, NM; two grandsons, Logan and Devon Haynes, Albuquerque; two brothers and sisters-in-law, Mr. and Mrs. James Haynes, Colorado Springs, CO, and Mr. and Mrs. Richard Haynes, Perry; and a sister and brother-in-law, Dorothy June and Jim Pogue, Ft. Gibson, CO.