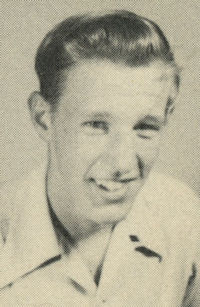 Graveside services will be at 2 p.m. Wednesday, July 21, 1999, at Grace Hill Cemetery under the direction of Brown-Sisson Funeral Home. Memorials may be made to benefit diabetes research.

Hileman was born Sept. 1, 1933, in Perry. He and Janet Braden were married in 1961 in Perry. He was employed for General electric for 28 years before retiring in 1991. He served two years in the United States Army.