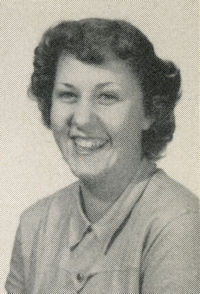 Patricia Ann Lewis, 64, a homemaker who was raised and educated in Perry passed away in Hanford, CA on Saturday, July 24,1999.

She was a telephone operator in Perry and moved to California in 1964 where she was employed an Instructional Aid for Hanford Elementary Schools for 15 years. Lewis was a member of St. Brigid’s Catholic Church in Hanford and enjoyed traveling, reading and playing bridge.

Lewis was preceded in death by her brother, Duane Palovik; and a sister, Helen Marie Murch.