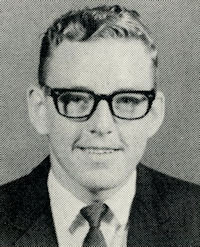 Visitation will be held on Saturday from 9:00am to 8:00pm with family greeting guests from 5-7pm. Graveside service will be held on Tuesday, at 11:00 am at Oak Hill Cemetery in Kirkwood, Missouri. Arrangements are entrusted in the care of Dighton Marler Funeral Home of Stillwater.

He was born to Glen and Viola Jean Friend on July 2, 1950 in Ponca City, Oklahoma. He graduated from Perry High School and entered the Army in 1972. He attended the University of Oklahoma in 1982. Glen served as a medic in the Army and worked in the oil field until he became disabled.

Glen is preceded in death by his parents; Glen and Jean Friend.