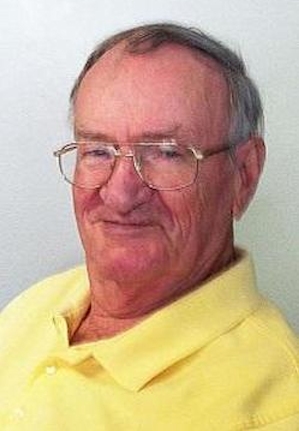 The 18-year-old boy was born at Perry and attended grade school here. He spent some of his high school days at Canton high school, Canton, Okla., and is a member of Alpha Eta.

He participated in the junior play and was on the Perryscope staff during 1943-44. He took part in football and basketball.

Donald Herbert Mieir, resident of Ponca City, OK, passed away on Thursday, July 17, 2014, at Renaissance Nursing Home. He was 89.

Donald was born on June 23, 1925, to William H. Mieir and Constance (Briggs) Mieir in Perry, OK. He was raised in Perry, OK and graduated from Perry High School in 1944. Following his graduation he began his career with Conoco in 1944 as a process supervisor and retired in 1985, including a tour in England. He was married to Barbara Mieir on September 2, 1977 in Ponca City, Oklahoma. he worked as Process Supervisor for Conoco Refinery.

The memorial service will be held at 3:00 pm, Monday, July 28, 2014, at Trout Funeral Home with his grandson, Adam Countryman, officiating. Burial will then follow at Odd Fellows Cemetery in Ponca City, OK. Memorial Contributions may be made to the Community Christian Church or carity of choice.