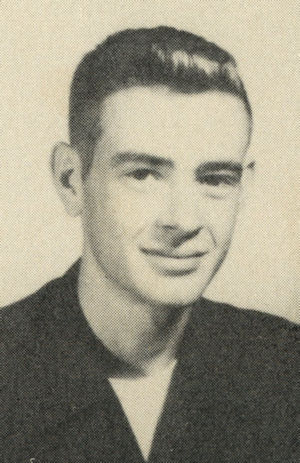 Funeral will be at 2:30 p.m. Thursday in the First Presbyterian church for Edward James (Pat) Vivian, 18-year-old Perry boy, who was killed Tuesday in a head-on-automobile collision north of Perry on U.S. highway 77. Lloyd Russell Bowman, 49, Oklahoma City, also was a victim in the accident.

Burial will be in Grace Hill cemetery. The services will be in charge of Rev. J. Mrazel, pastor of the First Presbyterian church at Newkirk, assisted by Rev. John A. Westin, Presbyterian pastor at Independence, Kan., formerly of Perry.

Vivian was born May 21, 1936, in Oklahoma City, and had spent most of his life here. He graduated last month from Perry high school, where he was a member of the band and participated in wrestling. He attended grade school in Oklahoma City and junior and senior high in Perry.

Survivors include his parents, Mr. and Mrs. J. J. Vivian of 1303 Boundary street in Perry; and his maternal grandmother, Mrs. Ed J. Coyle of 1100 Elm street.