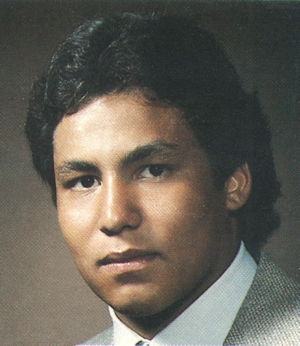 Funeral services are scheduled for 10:00 am, Wednesday, February 28, 2007, at the First Presbyterian Church, Perry, Oklahoma with Rev. Marilyn Weathers officiating. Interment will be in the Garber Cemetery, Garber, OK. Services are under the direction Perry Funeral Home. Memorial contributions may be sent to First Bank and Trust for the Terronez Memorial Fund.

Kyle was born on July 18, 1967, in Arkansas City, Kansas to Manuel and Glenda (Wilcox) Terronez. Kyle grew up and attended school in Perry, OK and was a member of the First Baptist Church of Perry.

He worked as a social worker for Job Corp and later for the Methadone Treatment Clinic.

Kyle came back to Perry in 2005 and worked for EZ Drill.

His hobbies included: fishing, golfing, electronics (computers) and helping with the Habitat for Humanity.

He was preceded in death by his grandparents, Margaret and Everett Wilcox, and Phillip and Lupe Terronez