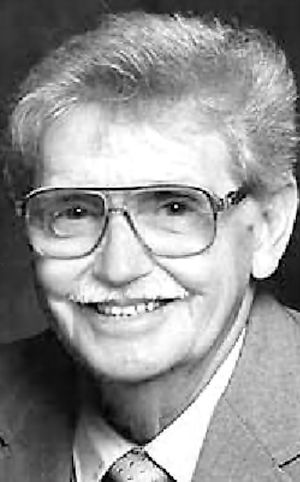 – expects to leave for the navy approximately six days after graduation and he remarks that engineering and music interest him following the war.

Jackie is the son of S/Sgt Arthur M. Henderson and Mrs. V. A. Lathum, Konawa, Okla., born October 10, 1926, at Perry. He has been a member of the band for three years and was a member of the student council in his junior year.

He was born in Perry on Oct. 10, 1926 to Arthur Henderson & his wife, Mary. Jack enlisted in the Navy after high school and served in the Pacific during WWII.

He married his one and only true love, Evelyn (Dunagan), on Valentines Day, 1949. They raised their two kids, John and Kathy, in Guthrie before moving to Midwest City in 1973.