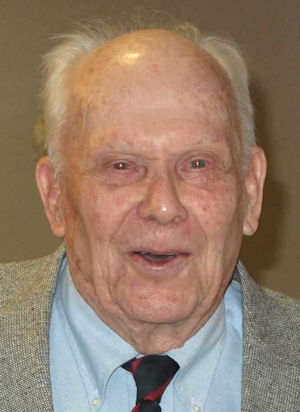 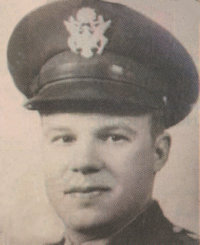 Bob attended St. Rose of Lima Catholic School and graduated from Oklahoma University with a degree in Petroleum engineering. He joined the U.S. Army (Air Corps) in November 1942 and received a commission as a 2nd Lieutenant. He was assigned to the 416th Bomb Group as an Engineering Officer and saw action in the European Theater where he was elevated to the rank of Captain.

It was during wartime that Bob married his loving wife, Dorothy Beene. They were married for 58 years. After serving his country, Bob accepted a job with Berry Petroleum in Southern Arkansas. It was then that he and Dorothy decided to call Magnolia home.

In addition to Bob’s love for God and family, he had a special bond with his 416th comrades and always looked forward to their annual reunions held across the country. He was excited about the upcoming October 2019 reunion and without a doubt, will be there in spirit.

Bob is preceded in death by his parents, his wife, and two brothers, Walter and Paul.

He is survived by his nephew Walter James Kehres (Phyllis) of Bryantown, Maryland and many great nieces and nephews.

Services will be held at the Immaculate Heart of Mary Catholic Church, Magnolia, AR on July 20, 2019 at 10:00 a.m. Bob will be interred at Arlington National Cemetery in Arlington, Virginia.