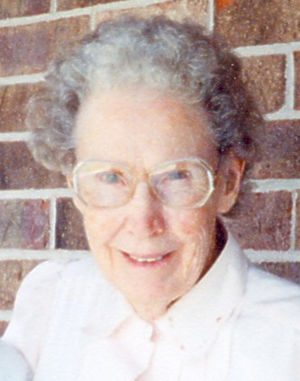 The funeral for Myrtle “Pat” Lorene Tautfest, 88, of Tonkawa, will be 2 p.m. today at Anderson Funeral Home Chapel, Tonkawa. Doug Smith, pastor, will officiate. Burial will be in Riverview Cemetery, Tonkawa.

She married Jacob “Jake” Tautfest July 15, 1940, in Wichita, Kan. They made their home on a farm southwest of Tonkawa until 1983, when they moved into Tonkawa.

She was a member of Busy Bee Home Demonstration Club, an adult leader for the Noble County 4-H Club and a member of the Tonkawa Garden Club, holding many offices at the local and district levels.

She was an active member of Independent Church of God Seventh Day, Blackwell.

She was preceded in death by her husband, Jacob, and one great-grandchild.

Memorials may be made through the funeral home, P.O. Box 337, Tonkawa, OK 74653, to Tonkawa Ambulance Service.